4 surprising things you can learn about finances from Bridgerton

When you think of TV shows that can teach you valuable financial lessons, Bridgerton probably isn’t the first one that comes to mind.

Yet, the historical romance on Netflix has a few things you can learn about money and financial planning. The first season of the hit show racked up more than 625 million viewing hours in the first 28 days it was available on the streaming platform, and the second season was released earlier this year. 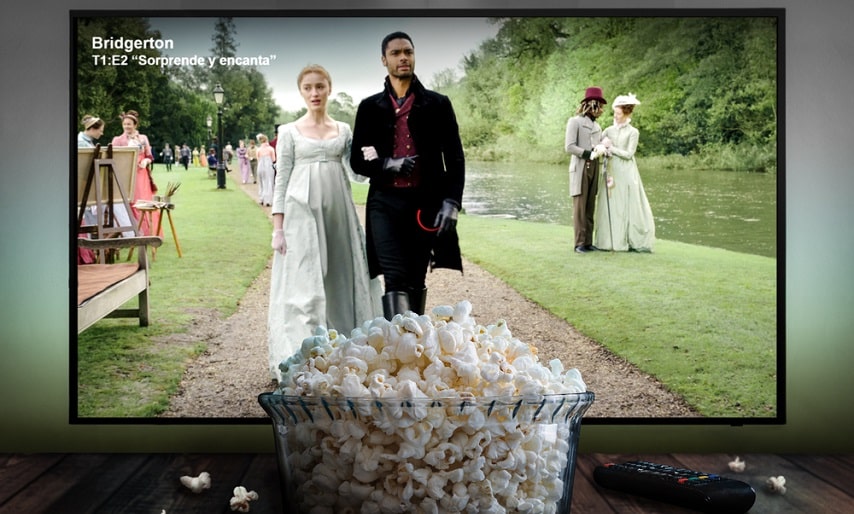 Based on the Regency era, London’s ton is brought to life during the busy social season. Children of nobility and gentry of marriageable age are launched into a society filled with balls, social events, and scandalous secrets. The show follows the eight Bridgerton siblings as they search for love.

Documents from Aviva give a fascinating insight into what Regency era London was like and the items that residents of Grosvenor Square, London, where the Bridgertons reside, prized.

Elizabeth Sophia Lawrence insured the contents of her home in 1815 for £2,000 – the equivalent of more than £2 million today. The items insured include jewels, liquor “for private use”, mathematical and musical instruments, and a carriage.

So, against this backdrop, what can modern-day savers learn from Bridgerton?

1.  The positive effects of generational planning

The Bridgertons are one of the most powerful families in the ton, partly because of the wealth they hold and have inherited.

Careful generational wealth planning means the siblings have lived a life of luxury without having to work even though their father passed away. The sizeable estate that’s been carefully managed to secure future generations highlights how useful long-term thinking can be if you want to create financial security for children and grandchildren.

While you may not be passing on a Georgian villa, there are steps you can take to secure the future of the next generation. From opening a Junior ISA for the youngest members of your family to setting out an estate plan that may consider things like trusts and Inheritance Tax, you can give them a financial head start.

2.  Plan for the unexpected

Even the best-laid plans can go off course, and it can leave you or your loved ones in a difficult financial position.

Baron Featherington finds himself in debt after his gambling spiralled out of control and he got involved with a dangerous crowd. When he’s murdered for his bad debts, his wife and three daughters are left in a precarious position. There’s no emergency fund for them to draw on, no life insurance to claim, and they were unaware of the debt the baron had accumulated.

It’s a useful reminder about why having a financial safety net is so important. Whether you have accessible savings to use to cover an unexpected bill or financial protection that will provide an income if you’re unable to work, a plan for the unexpected can be invaluable.

3.  Get-rich-quick schemes should be a red flag

An investment opportunity that claims it has guaranteed results and will quickly increase your wealth is understandably tempting. But it’s a sure sign of a scam.

When Lord Jack Featherington arrives on the scene of Bridgerton, he’s the talk of the ton. He quickly becomes one of the most eligible bachelors thanks to his supposed fortune from mining gems in America. Throughout the social calendar, he quietly mentions his success to select people and starts to drum up interest in investing in his new venture.

Blinded by the potential returns, eager investors overlook his dubious intentions and don’t delve further into Jack’s past.

The eldest Bridgerton sibling Anthony is head of the household after his father tragically passed away when he was young.

Both the first two seasons explore the pressure he feels to maintain family finances and ensure their reputation remains positive in the competitive social scene. He brushes off offers of help and advice, instead choosing to take on all the responsibilities alone.

It can be tempting to do the same. While taking control of everything can seem like a good idea, it can lead to you feeling overwhelmed. It can also mean you miss out on valuable guidance or advice. It may mean you miss out on opportunities or that you simply can’t enjoy your successes because you’re already focused on the next challenge.

If you want support to create a financial plan, we can help. We’ll work with you to create a long-term plan that you can have confidence in. Please contact us to arrange a meeting.