Don’t forget pensions when getting divorced!

Divorce is a hot topic at the moment, with government plans to reform the process and, in doing so, hopefully reduce conflict.

Under current rules, couples getting divorced need to blame each other for the breakdown of the marriage on grounds of ‘unreasonable behaviour’, adultery or desertion.

Alternatively, divorcing couples need to prove they have been separated for at least two years, even if this separation is mutual.

However, if the divorce is contested, and a spouse cannot prove ‘fault’, then couples currently have to wait 5 years before a divorce is granted. 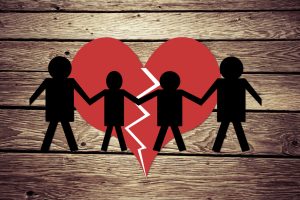 All we want is a little fairness, right?

According to government ministers, citing fault is a cause of antagonism and anxiety. A new notification process would allow divorcing couples to notify the court of their intent to divorce, removing the opportunity for the other spouse to contest it.

With news of this intention to make changes to the divorce process comes a reminder to consider pensions as part of any settlement.

Age UK is calling for urgent reforms to the divorce process which will ensure that private pension wealth is split fairly between couples.

They are warning that many divorced women potentially miss out on large sums of money in later life, because pensions are not discussed as part of divorce settlement negotiations.

It’s common for the value of the family home to be considered, but pension assets are frequently missing from settlement discussions. This results in one partner, usually the woman, missing out on this important source of wealth in retirement.

For love and money

The new policy report from Age UK is called ‘For love and money: Women’s pensions, expenditure and decision-making in retirement’. It calls on it to become normal practice for private pensions to be considered as part of the divorce process.

They point out that divorce rates for women over 60 are lower than the overall rate, but one in three women between 55 and 70 years old will have experienced divorce at some point during their lifetimes. This has big implications for retirement incomes.

The charity also found that two in five women aged 55-70 are heavily dependant on their partners’ income in order to maintain a decent standard of living in retirement.

This is because they haven’t been able to accumulate a meaningful amount of pension wealth in their own right, sometimes due to taking a career break to care for children or elderly relatives, or working part-time. 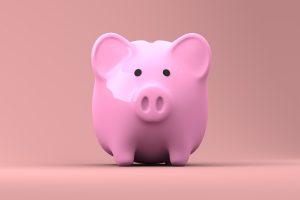 When relationships come to an end, women don’t always realise they are entitled to receive a share of private pension wealth. In some cases, women are underestimating the importance of dividing pension wealth when getting divorced, so they leave the marriage with no continuing rights.

Under current rules, when a divorcing couple does not end up in court, there is no automatic right to discover the value of a spouse’s pension value at divorce.

Earlier research found that more than 70% of couples do not discuss their pensions at all prior to divorce.

Similarly, in focus group research carried out for this report two women had paid into a joint account whilst married, which in turn was used to pay into a Self-Invested Personal Pension (SIPP) in their husband’s name.

On divorce, pensions had not been considered, their husband had taken the SIPP and both of these women had lost everything they paid into it over the years – it was only later that they realised they could and should have received more.

“It is extraordinary and frankly unacceptable that so many women are potentially missing out on significant sums of money when they divorce, sometimes without even realising they have lost future income which probably should have been theirs. The Government must act quickly to make consideration of private pension wealth a proper part of the divorce process.

“In recent years we have learned a lot about the way in which women born in the 1950s have been hurt by steep rises in the age at which they can take their State Pension; sadly our new report has found that many divorced women are also being unfairly disadvantaged when it comes to private pension provision too.

“The money many divorced women are currently going without could make the difference between having to count the pennies or being comfortably off in retirement, so this has huge implications for them.

“If we are serious about gender equality in our society it’s high time this changed. It is crucial that women are helped to build up a decent private pension, get the right information and advice at the right time, and as a matter of law and practice have fair and equal access to the private pension wealth they have built up with their husbands if they are divorced or bereaved later in life.” 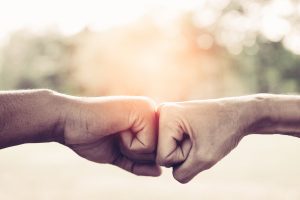 Seek out expert advice well before a financial agreement is made

As chartered financial planners, we often see divorcing couples waiting until the last minute in the divorce process before seeking our advice.

The right time to engage with a financial planner is at the start of the divorce process, when seeking legal advice, to ensure that important assets like private pensions are not missed from settlement discussions.

To assist both you, and your family lawyer, we have a useful free download which outlines the range of services we can offer you. Click here to download

The team at Longhurst have experienced divorce ourselves, through family, or otherwise. We understand the pressures you will be under and as such provide a safe environment for you to discuss, and then plan, a happy and meaningful life after divorce.

All initial meetings are held at our expense, meaning there’s no cost to come and have a coffee/tea with us.

Seasons Greetings from all at Longhurst

How markets work
Scroll to top